Changing times: Living off the forest in Maluku, Indonesia

Elderly couple Silas Matoke and Yordana Yawate have lived off the forest their entire lives in Maluku, Indonesia. But as laws change and populations grow, it’s becoming harder to meet their daily needs.

This video was originally published by CIFOR.

This research forms part of the CGIAR Research Program on Forests, Trees and Agroforestry, which is supported by CGIAR Fund Donors.

Stronger rights for the commons: A new generation of challenges

The Dayak indigenous people are fighting to regain their rights on their ancestral lands and regenerate the ecosystem of West Kalimantan’s Semenduk lake. Photo: Diah Tantri for GLF 2015 photo competition Something similar happened in Guatemala in 1990, when the government created the Mayan Biosphere Reserve, and set aside about 40 percent of the reserve as community forestry concessions. The concessions have generated considerable income, primarily through the sales of sustainable high-value mahogany and teak. Rates of deforestation in these concessions have declined considerably.

These are two examples of initiatives that sought to build new commons institutions and enterprises—in short, they sought to connect locally produced goods and services to high-value markets.

And in both cases, local residents have reaped significant social, economic and environmental benefits.

This next generation of challenges is, quite clearly, no less daunting than that of earlier eras.

These cases exemplify the gains that some communities relying on communal forests and other natural resources in the developing world have made over the past 20 years in regaining a greater share of the use, management and other rights to those forests—areas that, during and after the colonial era, were held and administered by government agencies, often to the detriment of these communities.

Developing country governments tended to retain the colonial model of state ownership even after their countries gained independence. Where state regulation of timber extraction and development were weak, local people bore the environmental and social costs of land and watershed degradation. But they had little or no power to protect their local land and forests from encroachment by outsiders. Local rules for assigning resource rights lost force, and local institutional capacity for governing resource use often withered.

State regulation of forest use could also be aggressive and punitive. Local people could often use resources only if they managed to gain permission or paid fees. In some places, traditional uses of forests, such as subsistence hunting and collection of non-timber forest products, were criminalized. In several Sahelian West African countries, farmers had to secure permits to cut down trees they had planted on their own farms. The result: fewer trees planted.

In general, then, the progress made over the past 20 years shows how tenure security and clarification of rights can create conditions for better management of resources, for attracting outside investment, and for the more equitable sharing of commons benefits.

This topic will be featured at the 2015 Global Landscapes Forum.
View the event details

Yet we have now moved into what might be called the “next generation” of challenges in the management of common property resources: Communities have newly strengthened resource rights—but then what?

Because despite the gains, local resource governance arrangements tend to be fragile, and local enterprises tend to be weak. What’s more, progress in the devolution of rights has drawn attention to the persistent poverty in many communities reliant such commonly used resources as pastures, fisheries and water, wildlife and forests.

So at the top of the list of next-generation challenges is this: How to ensure that communities with newly strengthened resource rights can build strong local economies based on the sustainable use of local natural resources.

For a start, this will require new forms of local governance arrangements and local enterprises that are capable not only of bringing high-value local goods and services to markets, but of doing so in ways that provide fair benefits to local right holders. Intermediaries—sometimes NGOs—can be key to building local business acumen and brokering deals with outside enterprises and investors—which can also build trust among parties not accustomed to working together.

We have now moved into what might be called the “next generation” of challenges in the management of common property resources: Communities have newly strengthened resource rights—but then what?

Also important is an understanding of how people’s ability to participate in commons enterprises can vary according to their age, education, gender, health and other social and demographic factors. An appreciation of these differences, and how they manifest in power dynamics, can help build safeguards against elite capture of commons enterprises and fashion benefit-sharing arrangements that ensure all right holders get a fair share of the benefits of commons ownership.

This next generation of challenges is, quite clearly, no less daunting than that of earlier eras.

Exploring solutions is part of the aim of the panel discussion on “Commons Tenure for a Common Future,” at the 2015 Global Landscapes Forum on Saturday 5 December. By identifying these issues and delving deeply into them, we can help common tenure lead to common benefits.

Sustainable investment in Africa starts with the law

Diamonds, gold, oil, natural gas, extensive forest and farm land: Africa has such abundant resources that it is little wonder that, each year, billions of dollars in investments flow into the continent from abroad.

Yet such investments tend to enrich mainly elites and outside investors, to the detriment of the poor and the environment—and so don’t necessarily contribute to sustainable development.

And that may be because existing legal frameworks tend to favor the powerful and vested interests, a new study of laws governing land use in three African countries suggests.

“There are several factors at play in legal systems in these countries that thwart sustainable landscapes governance and investments,” said one of the study’s authors, Andrew Wardell, a senior manager at the Center for International Forestry Research (CIFOR).

“These are barriers that reflect the realities that marginalize people, and perpetuate the trap and cycle of poverty, particularly among rural communities.”

All three countries officially espouse principles of sustainability and have developed climate change strategies, environmental safeguards and governance mechanisms. Yet these laws do not result in land-use investments that contribute to sustainability or poverty alleviation, the study found.

“The law, in whatever form it takes, whether statutory or customary, provides a framework to negotiate the multiple uses by different actors in a landscape,” he said.

“I think that’s the best way to interpret law and understand why there are these discrepancies between the provisions of the law and what actually happens in practice.”

One key finding was that laws tend to be skewed in favor of large-scale developments in sectors such as mining, agriculture and forestry. Therefore, the authors argue, incentives to support small- and medium-sized enterprises could help fight poverty.

One example they cite of how legal frameworks can support sustainable businesses is Tanzania’s Kilimo Kwanza (“Agriculture First”) program, a government initiative that provides smaller enterprises with access to financing and credit.

These are barriers that reflect the realities that marginalize people, and perpetuate the trap and cycle of poverty, particularly among rural communities.

Another challenge is the confusion around customary land tenure, stemming from a lack of transparent documentation and regulations detailing land rights of rural communities who often do not have land titles.

And all three countries have laws that allow ministers to authorize strategic development—for example, in the mining sector in Mozambique—often without consulting local communities to determine whether they might already be using the same land in some way.

The overlap between customary authority and the central government can also have negative consequences for rural communities, he added. 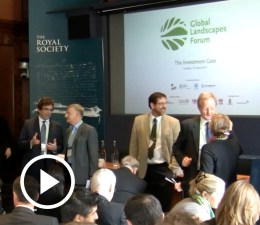 “What came through very clearly was the continued tension between customary and statutory law and its application in many parts of Africa and the role that local chiefs can play completely outside of statutory frameworks,” Wardell said.

That leaves the door open to at times predatory external investments—that is, “the way in which investors can then very cleverly identify the lines of least resistance that enable them to acquire property, which can also be completely outside of any statutory framework,” he added.

Customary leaders were just as likely as elected leaders to succumb to the temptations that lead to “elite capture,” in which a handful of people already in power benefit from land-use decisions while the majority sees little, if any, return, Wardell noted—another reason to support decentralization of power to strengthen accountability.

FROM PAPER TO PRACTICE

All of which means there is a need for clearer regulations governing land use—but even that won’t be enough to make a difference.

“How do you translate the aspirational notions of a law or a regulatory framework to ensure the law is enforced into practice?” Wardell said. “This is clearly where there are still fundamental gaps.”

A landscape picture from Cameroon

Sustainable land-use investments would also be supported by better sharing of information on the law and legal processes, the study showed; in addition, when negotiating the competing pressures on a landscape, a broad spectrum of societal needs to participate, and decision-making processes need to be transparent at every level of governance.

However, the authors caution, “there are no laws in Zambia, Tanzania and Mozambique that broadly guarantee access to information.”

“It’s surprising to realize that in 2015, despite all the talk and the Aarhus Convention on the right to environmental information, there’s still a chronic lack of information, particularly at the local governance level,” Wardell said.

Nevertheless, all three countries have initiatives that, if capitalized on, could enable sustainable development.

The Village Land Act that Tanzania passed in 1999 is one example, Wardell said.

“That was the first time since the colonial period that village communities actually had the right to decide how to dispose of the resources on their land,” he said. “It’s unique to sub-Saharan Africa, and one of the reasons Tanzania was included in this research.”

Analysis: How does land tenure affect agricultural productivity in Africa?

Mozambique is also making strides in that direction, he added.

Yet even where laws that could encourage sustainable investments are in place, the process of supporting those frameworks is moving slowly.

“You emerge from a study in 2014 with similar findings to those conducted decades earlier,” Wardell said. “The one surprise for me was realizing that on several fronts, legal precedents that were put in place 20 years ago are still struggling to ensure that there’s complete compliance with them.”

Related:
What the climate talks could mean for REDD+ (and the world)
COP21 could revitalize REDD+ … or not
Thinking restoration? Think big and think inclusive