Joint FTA/PIM research has generated scientific evidence of the socio-economic performance of community forest concessions in the Maya Biosphere Reserve (MBR) in Petén, Guatemala, which has informed technical documents and the revision of the technical norms for concession renewal by Guatemala's Council for Protected Areas (CONAP) in September 2019 as well as the first renewal of a community concession contract (Cooperative Carmelita) in December 2019. The study, led by Bioversity/ICRAF and carried out in close collaboration with CIFOR, Rainforest Alliance, the Association of Forest Communities of Petén (ACOFOP) and local partners, covered all 12 community forest concessions with an area of about 400,000 ha. Photo by FTA/PIM

A quarter-century-long experiment with community forest concessions in the Maya Biosphere Reserve in Guatemala’s Petén region has become a shining example of how community stewardship of tropical forests can contribute to forest conservation and livelihoods development. Yet as concession contracts come up for renewal,[1] competing interests such as cattle ranching, tourism, oil exploitation and drug trafficking could threaten this model of success. 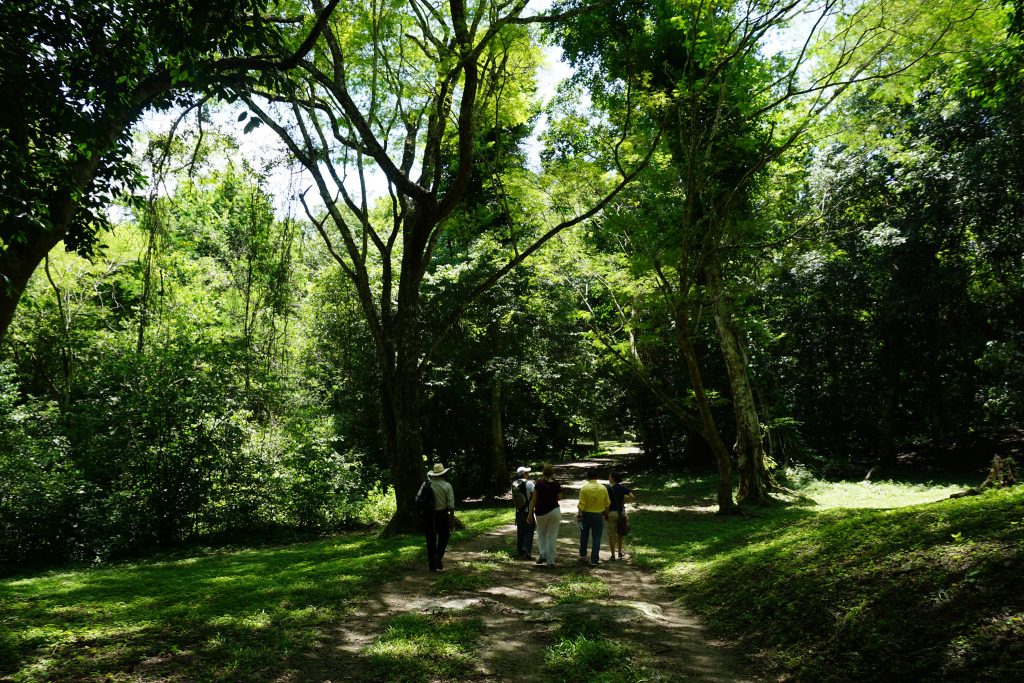 Established in 1990, the Maya Biosphere Reserve is the largest protected area in Central America. Forty percent of its area has been set aside as a Multiple Use Zone to promote sustainable forest use. Starting in the second half of the 1990s, 12 community forest concessions were granted to local communities for 25 years, covering an area of about 400,000 ha. Each concession is operated by a community forest enterprise (CFE), which extracts timber and non-timber forest products sustainably, as documented by FSC certification.

Joint research under the CGIAR Research Programs on Forests, Trees and Agroforestry (FTA) and on Policies, Institutions and Markets (PIM) published in 2019 shows that communities can skillfully manage and conserve forests while strengthening livelihoods and generating other benefits. In the nine active concessions,[2] which together occupy more than 350,000 ha, deforestation rates were close to zero (0.1% per year), compared to 1% per year in the core zone and 5.5% per year in the buffer zone. In these concessions, sustainable forest management has allowed CFE member households to move out of extreme poverty – and numerous households out of poverty altogether. Forest-based income has contributed to improved housing, education and health, and overall livelihoods development.

“Petén’s community forest concessions represent a model of forest governance that shows how granting long-term forest resource use rights to local communities can lead to substantial benefits for both forest conservation and local livelihoods,” said Dietmar Stoian, a scientist with World Agroforestry (ICRAF, one of FTA’s managing partners) and lead author of the above-mentioned analysis of the socioeconomic performance of the community forest enterprises. 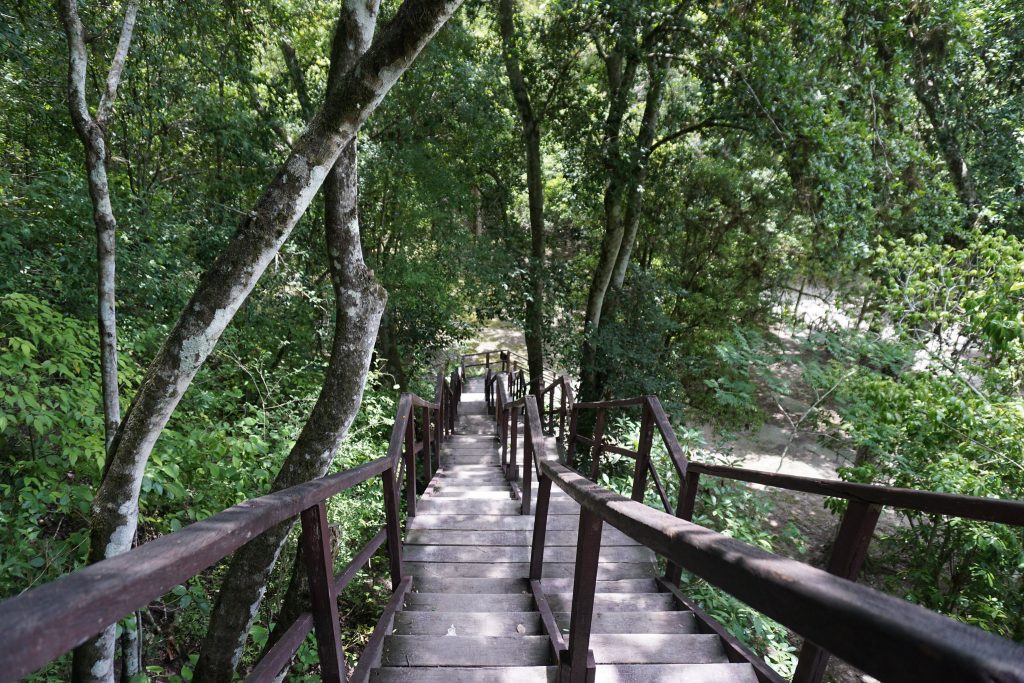 Findings from the analysis of the active and inactive concessions informed the technical norms for concession renewal by Guatemala’s Council for Protected Areas (CONAP) in September 2019, as well as the first renewal of a community concession contract (Cooperative Carmelita) in December 2019. The analysis was led by The Alliance of Bioversity and CIAT/ICRAF and carried out in close collaboration with the Center for International Forestry Research (CIFOR, FTA’s lead managing partner), Rainforest Alliance, the Association of Forest Communities of Petén (ACOFOP, and other local partners.

The attention paid to the evolution and outcomes of the Maya Biosphere Reserve in Guatemala and globally has been substantial, as has been the mobilization of resources – financial, human and political – in support of it.

“There has been significant support from international cooperation and development agencies, and the results have generated widespread interest,” said Iliana Monterroso, a scientist at CIFOR and co-author of the study.

At the same time, there are threats to the continuity of the community forest concessions, as more CFEs await the renewal of their contracts over the next few years. Large-scale tourism development in the northern part of the reserve, for example, may compromise the viability of some concessions, as tourism advocates claim that timber extraction by local communities is not compatible with tourism in that part of the reserve. These advocates are behind a bill which is currently before the US Senate, that would fund a project on the Mirador Mayan archaeological site that could result in depriving the communities of their rights to sustainably harvest timber. This could affect five concessions areas, leaving them with fewer livelihood options (as the envisioned type of tourism will largely benefit external tour operators and private investors).

Vice News recently issued an interesting documentary on this case:

“This is one of the principal conflicts over land in the reserve, along with interests in expanding the area under cattle ranching and intensifying oil exploration,” said Stoian.

“An ongoing study supported by PIM will shed further light into the political economy underlying these conflicts, and explore responses from community organizations to thwart non-science-based counter-narratives put forward by powerful groups in support of their vested interests,” added Monterroso, who is leading the study.

To share their research findings and discuss implications, ICRAF and CIFOR, together with Rainforest Alliance and ACOFOP, organized two key events in 2019 around the World Bank Land & Poverty Conference in Washington.

Scientists from CIFOR were then invited to contribute to the 2020 Human Development Report for Guatemala, led by the United Nations Development Programme. This was the first time the report used a territorial approach for analyzing challenges to development. And in another panel on innovating finance for sustainable landscapes organized by FTA at the Global Landscapes Forum in Luxembourg, ACOFOP’s Maria Teresita Chinchilla Miranda shared details on the successful FSC-certified management of over 500,000 hectares of forest in the Mayan Biosphere Reserve.

Invitations to share the findings at the XXV IUFRO World Congress in Brazil (late 2019) and ACOFOP’s 30th anniversary (early 2020) triggered further debate around the future of the Maya Biosphere Reserve. And some countries, such as Indonesia, Colombia, and the Democratic Republic of Congo, are looking to this case to inform their own approaches in support of community forestry.

Strengthened cooperation after years of conflict

The development of the community forest concessions in Guatemala has been characterized by collective action and adaptive management. Given the diverse stakeholder groups in Petén, the degree of cooperation is all the more remarkable.

“I haven’t seen anything like this level of collaboration,” said Monterroso. “Because the model arose out of Guatemala’s peace agreements following decades of civil war, and because the concession system grants land management rights, the communities were able to organize around the specific needs of their diverse membership base. They demonstrated their capacity to do this sustainably, managing the forest for community profit without negatively affecting the environment, and developing their own mechanisms to ensure common values despite their different interests.” 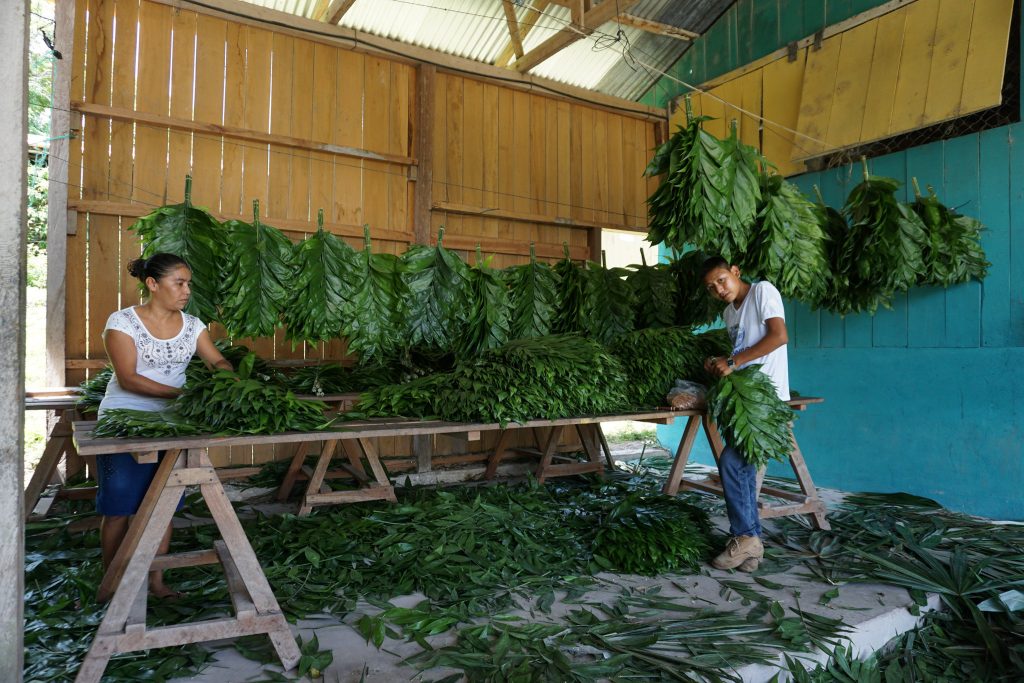 The nine active CFEs were able to adapt to dynamic changes, based on different legal entities (civil society, association, cooperative and corporation) and management models. Over time, these CFEs have seen their membership grow, their staff gain business management skills, and the diversity and value of their assets grow – along with the perceived benefits for CFE members and local communities. CFEs continue working to ensure equal access to benefits for men and women members, building capacities, promoting affirmative actions such as introducing explicit rules in membership and decision-making spaces, and diversifying their engagement in value chains that also allow for the participation of women and youth.

“In a context that is highly dynamic, these CFEs have shown resilience under the constant external pressures that threaten to undermine not only their livelihoods but also their successful conservation outcomes,” said Monterroso.

The availability of precious woods has been a key factor in sustaining the economic viability of the community concessions. During 2012–2016, timber sales generated a total gross income of around USD 24.7 million, with an average of 74% of that coming from sales of mahogany (Swietenia macrophylla). Although the region is rich in other tree species, FSC-certified mahogany generates the highest returns by far. Since the species is listed in Appendix II of the Convention on International Trade in Endangered Species of Wild Fauna and Flora (CITES), Petén’s CFEs have a competitive advantage in the international market when offering certified sawn wood from this species. Sales from the certified concessions also rose for non-timber products like xate (Chamaedorea palm), whose fronds are used in flower arrangements.

The CFEs have used the profits from these sales (along with better access to credit and financing) to consolidate their operations, to invest in the effective control of human-generated fires and wildfires, and to create internal financing mechanisms for small-scale start-ups like carpentry and handicrafts as well as microcredit schemes. These CFEs have also been able to overcome barriers to investments, with positive outcomes at the community and forest levels.

At the household level, forest income contributes an average of 38% of household income in the nine active CFEs. Annual forest-based income varies widely between USD 500 and USD 10,000 per household, but most CFE members have been able to move out of poverty, reinvesting that income into health, education, and other livelihood assets.

“All children of these households are benefitting from some form of formal education and are much more likely than their parents to attend high school,” said Stoian. “This allows them to search out alternative livelihood options, including management positions in the CFEs and other endeavors linked to forest conservation through sustainable operations in the Maya Biosphere Reserve.”

Overall CFE membership saw a rise of 26% between 2000 and 2017, with some CFEs providing specific incentives for women to become a member. The study also found that women have increased their participation in the active CFEs over the past two decades, either through involvement in the processing of non-timber forest products such as xate or breadnut, or through their engagement in CFE management or their boards of trustees.

“This analysis shows how community enterprises are able to sustainably generate forest income, reinvest it, and gain access to local and external financing. This allowed them to diversify their activities, add value, develop new products and place them into timber and non-timber forest product value chains,” said Stoian and Monterroso, who are committed to supporting the forest communities and the process of concession renewal through science-based evidence and engagement with stakeholders from public and private sectors and civil society.

They conclude that the evidence of both environmental and socioeconomic performance by the community concessions makes a strong case for concession renewal.

“With five of FTA’s seven partners involved in addition to PIM, this body of research highlights the value added of the strong collaboration among FTA partners, with other CGIAR Research Programs, and with national and local partners” remarked Vincent Gitz, Director of FTA.

[1] The first concession contracts came up for renewal in 2019.

[2] In 2009, the National Council of Protected Areas (CONAP), the authority in charge of the Maya Biosphere Reserve, terminated the concession contract of two CFEs and suspended the management plan of a third due to noncompliance with the stipulations. These inactive concessions reflect the disadvantage they had at the onset of the devolution process in view of limited concession areas (about 50,000 ha across the three concessions), lack of high-value timber, and livelihood trajectories based on agriculture rather than forest activities.

[3] As a result of the Tropenbos interview series and the GLF Luxembourg event, FTA has released a publication on innovative finance for sustainable landscapes illustrated by the example of ACOFOP.

This article was written by Erin O’Connell.

This article was produced by the CGIAR Research Program on Forests, Trees and Agroforestry (FTA). FTA is the world’s largest research for development program to enhance the role of forests, trees and agroforestry in sustainable development and food security and to address climate change. CIFOR leads FTA in partnership with ICRAF, the Alliance of Bioversity International and CIAT, CATIE, CIRAD, INBAR and TBI. FTA’s work is supported by the CGIAR Trust Fund.