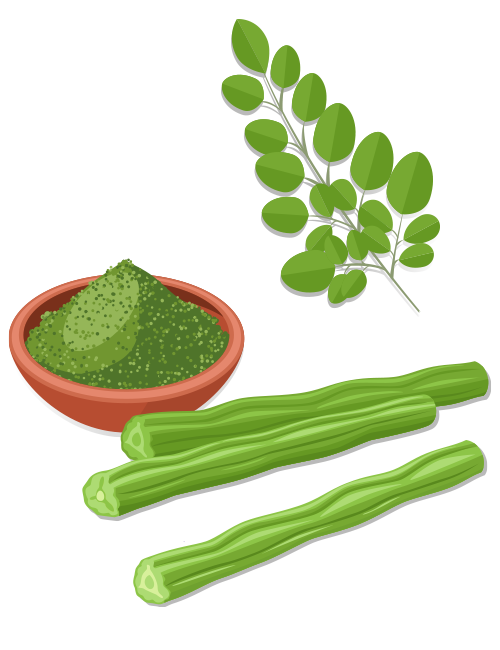 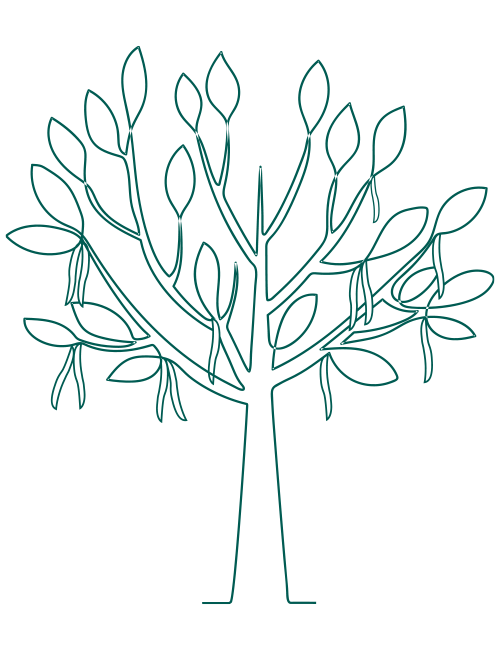 *All Daily Recommended Values are calculated using the US Food and Drug Administration (FDA)’s recommendation guide.

India is the largest producer of drumstick, but the species also grows in other parts of Southeast Asia, Africa, the Middle East, Central America, the Caribbean, northern countries of South America and Oceania.

Drumstick pods are eaten as a vegetable and are either cooked or pickled. In parts of Africa, the pods are used in savoury sauces while in Southeast Asia they are most often added to curries. The leaves can be used as an alternative for spinach and cooked in soups. Its flowers are also edible.

In agroforestry systems, M. oleifera L.  can play a vital role in soil and water conservation due to its high drought-tolerance and wide-spread canopy, which shades the soil. Drumstick’s fast growth and adaptability to different climates may also aid in landscape restoration.

The incredible nutrient density of drumstick pods and leaves offer a valuable food source to developing communities that could reduce malnutrition. In addition, the plant’s rising popularity as a nutritional supplement could spark new value chains centred on the species and generate more income for smallholders. Already, Indian smallholders who intercrop with drumstick have been shown to be better off financially than their neighbours who practice monocropping.

In addition to food and medicine, every part of the plant has some use. The seeds contain up to 40 percent oil, which is used for cooking, hair and skincare products. When crushed, the seed releases extracts that have been shown to help purify water through the mechanism of flocculation; these protein-based extracts are also promising anti-microbial agents. Both the leaves and pods can also be used to produce bio-gas, while the stem contains a gum that is used to tan leather and print calico.

M. oleifera is sometimes referred to as a “miracle tree” for its health benefits. The plant is very rich in healthy antioxidants and other chemical compounds that promote good health. For these reasons, it has been used in traditional medicine throughout Southeast Asia for thousands of years. Recently, it has become a popular in Western markets. Consuming the powdered leaves has been shown to have some effect in lowering blood sugar and cholesterol in rabbits. Extracts of the plant may also help to treat asthma, diabetes, athlete’s foot fungus and menopause symptoms. However, only a fraction of the many reputed benefits from the plant have been scientifically studied 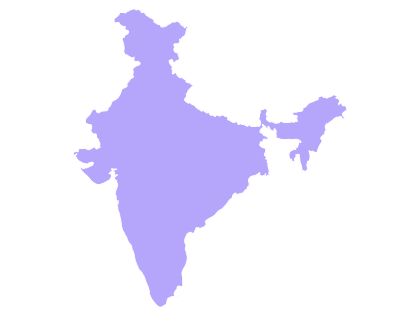 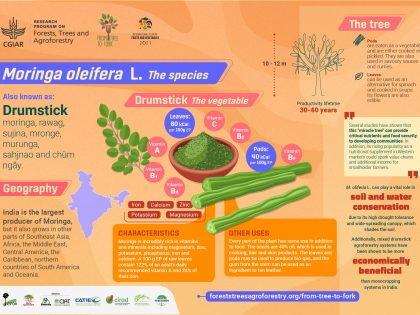 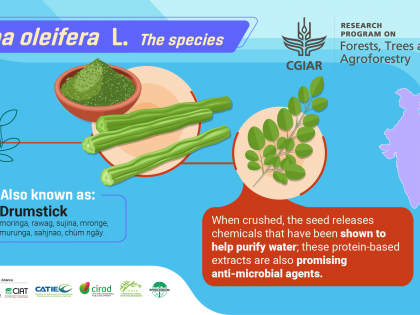 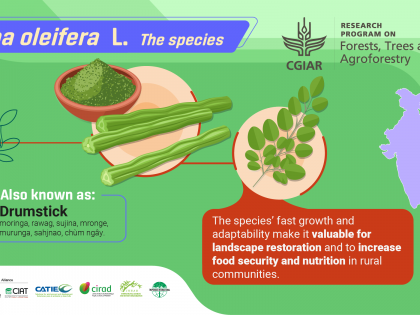 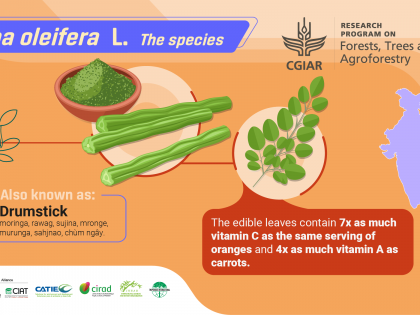 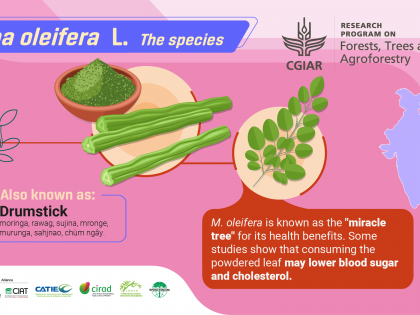 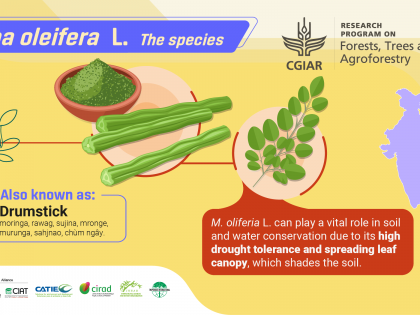