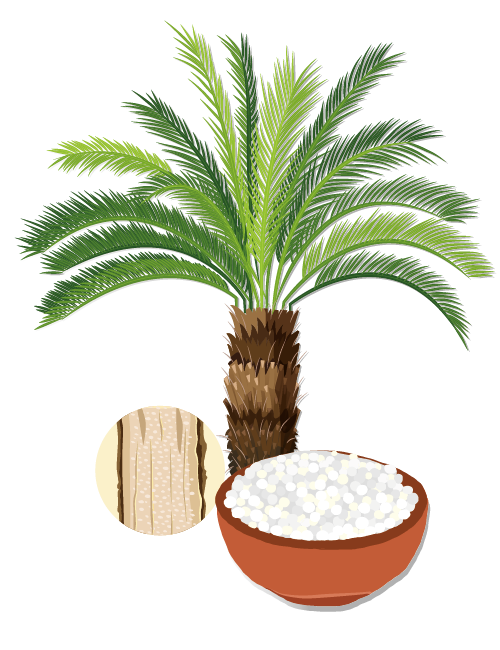 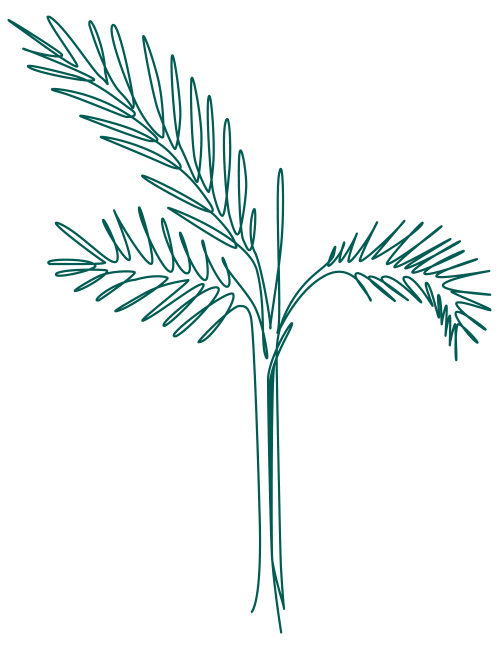 Sago starch is the main staple food for over a million people on the islands of New Guinea, Maluku, Borneo, South Sulawesi and Sumatra. Once extracted, the starch can be cooked and eaten in various forms including pancakes, pearls (similar to tapioca), and ‘papeda,’ a glue-like paste made by mixing the starch with boiling water. The pearls are often mixed with milk and sugar to make sweet sago pudding, and the starch can be used industrially to make noodles, cakes and custard powders.

Although the fruits are rarely eaten — because harvesting them would mean losing the starch from the palm (see “Production zones and cultivation methods”) — they are considered a local delicacy.

Palm fronds and fibers may be used for roof thatching, mat weaving and basket making. The bark can be used as a flooring material and the hard outer trunk is used for construction. In addition, the starch is used to feed pigs, as an ingredient in paper and to treat textiles, while the starch-sugar extract can be transformed into biofuel.

Because M. sagu grows so well in poor soils, it is an ideal food tree to cultivate on degraded lands. Their deep root systems aid in soil rehabilitation and erosion prevention. For example, sago palms have been used to restore Indonesian coastal plains where large areas of land have been deforested and abandoned. The young palm trees also grow spines and can be cultivated in fence-like rows where they act as pens for livestock or barriers against potential trespassers.

Increasing demand for sago starch to manufacture biodegradable plastics could provide additional income to smallholder farmers while also restoring peatlands. Research shows that these starch-based plastics would be safer than conventional plastic packaging and reduce the damage from marine plastic pollution. It is hoped these types of initiatives will help transition to a more sustainable, circular bioeconomy. However, more studies are needed to understand how the material would interact with complex ecosystems.

“I did my graduate research in Sumatra and met my wife there. During that time, I have many happy memories of eating Pempek, a famous dish made by mixing Sago flour and fish that is eaten throughout the island. It is often accompanied with Cuka, a strong vinegar and chili sauce. As Cuka is highly corrosive, it is said that many metal structures in Sumatra suffer early deterioration because of it!”
Michael Brady, FTA Scientist 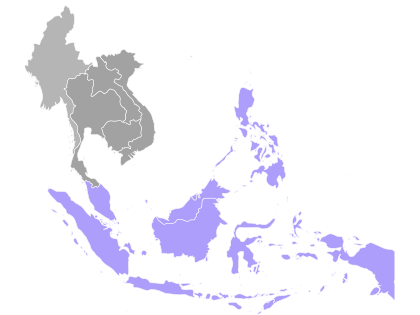 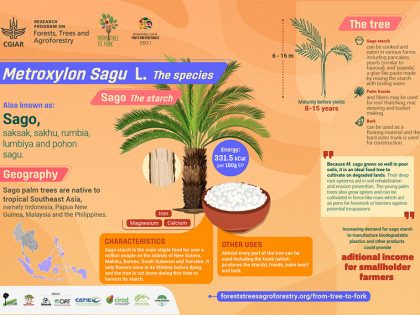 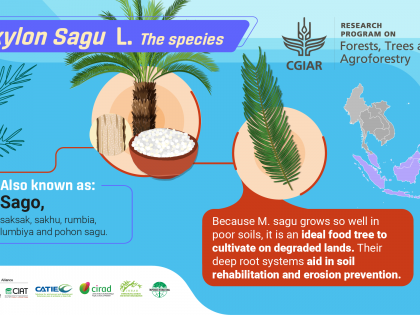 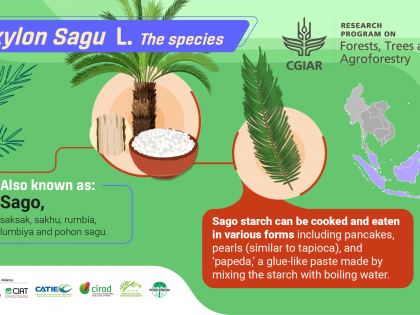 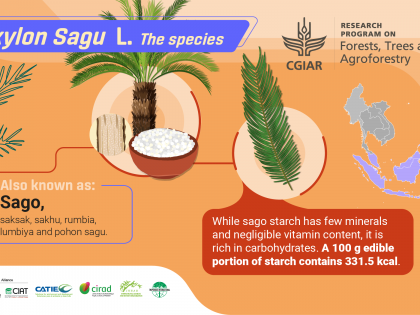 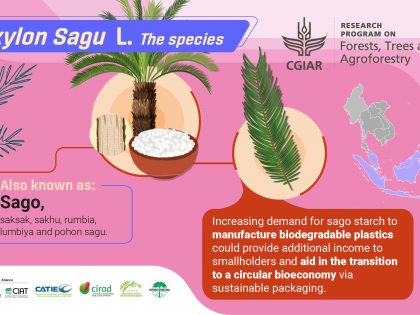