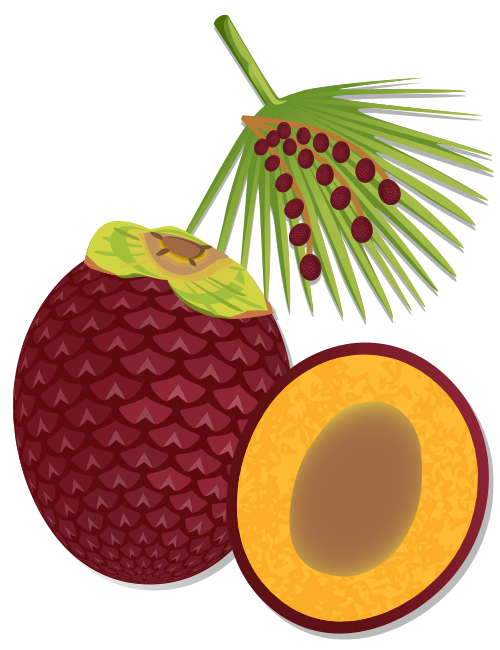 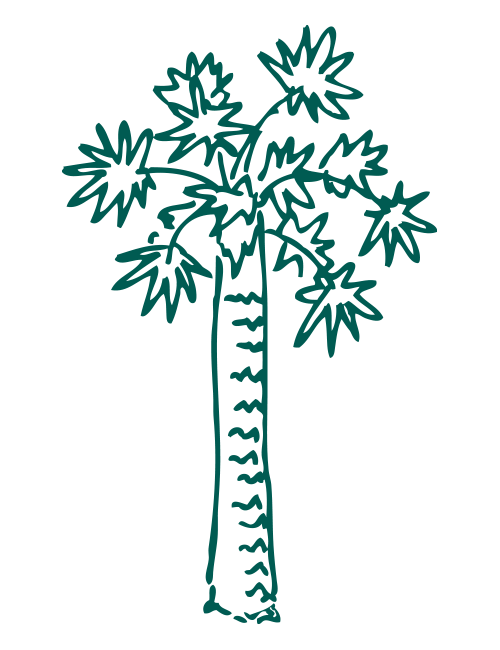 It is found throughout northern South America — widely distributed among Amazonian countries.

Aguaje is usually eaten raw and used to make a variety of juices and desserts. For example, aguajina, a traditional Peruvian drink, is made of the pulp diluted in water with sugar. The leaves, roots and palm heart of M. flexuosa are also edible.

Other food products grow adjacent to the aguaje. Larvae, known locally as suri (Rhynchoporus palmarum) often live in rotting palms and are considered a local delicacy, with some comparing the taste to “melted butter.”

Aguaje fruit is also important for local markets and income generation. During peak harvest season, aguajina is sold all around the Peruvian Amazon. Similar drinks and desserts are sold in other Amazonian countries, including Brazil, as well. In Peru, the national demand for aguaje is about 20 metric tons per day. However, this demand also represents a threat for the wild M. flexuosa populations because the tall trees are often cut down to make harvesting easier and more efficient. In Iquitos — the capital of Loreto province, Peru — alone, 17,000 palms are cut down each month to supply local markets.

Carefully managed agroforestry systems with shorter trees, as well as more efficient harvesting tools are two ways that could help reduce the deforestation. Its exceptional ecosystem services, including water quality improvement and carbon fixation, mean that it can grow where many other food trees cannot. However, the difficulty to identify female plants, which produce fruits, and the palms’ tendency to block out sunlight for understory crops discourages many farmers from integrating M. flexuosa in their farms.

Because of the difficulty to preserve and transport aguaje pulp, as well as the lack of processing facilities, fresh fruits are rarely exported. However, the fruit’s processed oil has value as a cosmetic and hair treatment product because of its high vitamin A content.

Processed oil from aguaje has been shown to treat and prevent  xerophthalmia – dry eyes associated with vitamin A deficiency – in children. Other research has shown the fruit pulp is rich in antioxidants and can help lower cholesterol. It may also have an estrogen-balancing effect for women.

“Aguaje juice is one of my favorite drinks in the world. I swear it puts me in a good mood every time I have it. Maybe that’s thanks to all the good beta-carotene?” – Elisabeth Lagneaux 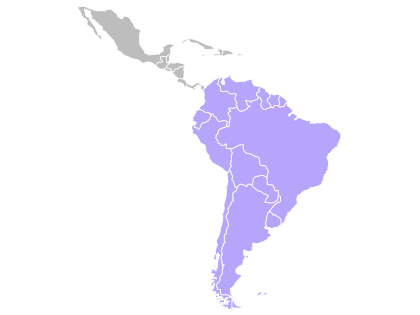 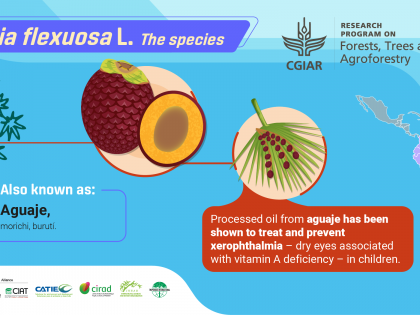 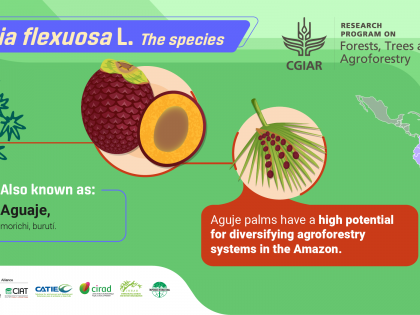 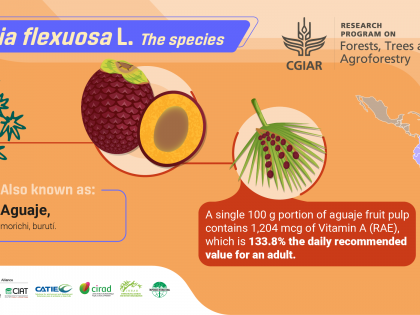 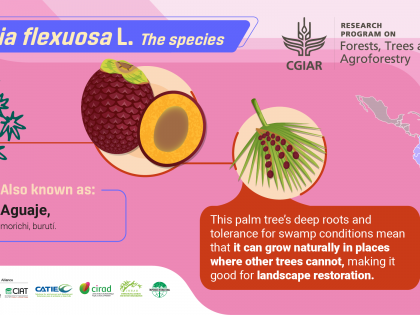 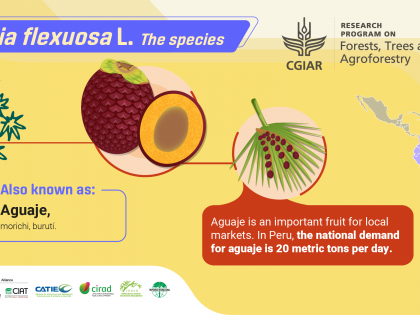