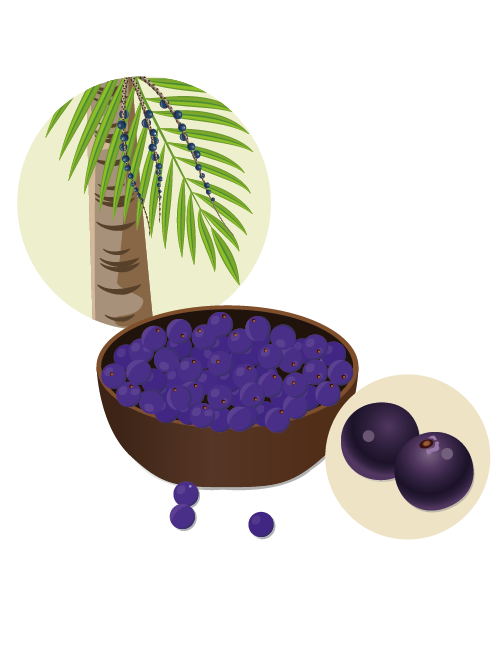 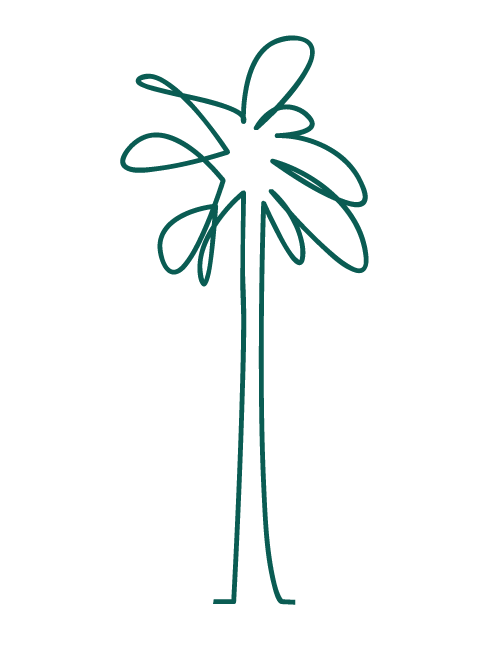 The pulp of the mature huasaí can be eaten raw and is often used to make drinks. This juice can be added as an ingredient with other foods including tapioca pudding, cassava and porridge. Its leaves are edible as well; they are crunchy in texture – similar to an artichoke. However, harvesting the leaves will eventually kill the tree, as it does not produce new side shoots.

Another traditional way to consume the species is to use the palm heart, called palmito. Consuming the palm heart is common for E. precatoria, as the species quickly regrows cut trunks. Palmito is low in calories but has higher nutritional value than asparagus.

Huasaí palm trunks produce sturdy wood, which is often used in local construction. Indigenous groups in north-western Brazil also harvest the palm roots and boil them in water to use as an anti-malarial treatment.

In the southern Amazon, huasaí typically grows wild on the forested areas of most farmland and in almost all old-growth forests. Locals harvest the fruit to some extent in Bolivia and Brazil, but not in Peru. Developing value chains for these fruits have the potential to provide many more jobs and income sources for farmers in all these areas while also preserving standing forests.

At present, huasaí fruits are less known and commercialized than their close relative, E. oleracea (açai). This is likely because açai is more abundant in Brazil’s Atlantic forests, which have been heavily populated for many years and allowed larger markets to develop. E. oleracea also grows more than one palm stem from the same plant, while huasaí palms have just one stem. This makes cultivating açai more efficient.

Even so, huasaí has been shown to have the greatest antioxidant and anti-inflammatory properties of the two fruits. In addition, research has shown that huasaí oil, derived from the fruit pulp, may be used in cosmetics or as a nutritional supplement. While studies on huasaí oil are still lacking, its biological resemblance to açai suggests its oil would have similar properties.

The species is also compatible with agroforestry systems – especially in the south-western Amazon where it grows better and more reliably than its relative, E. oleracea (açai). The young trees prefer shaded conditions for the first few years, making them a good understory crop. After that, the tree is happy in the sun. As a mature tree, it does not cast much shade and grows straight.

“Curiosity about this species is what led me to travel for a workshop to Brazil, which later allowed me to get in contact with my future colleague. In other words, this species offered me the professional opportunity to follow my dream and create a life in the Amazon.” – Elisabeth Lagneaux 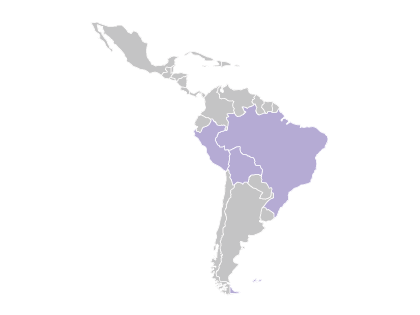 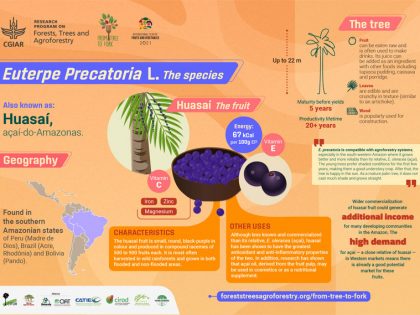 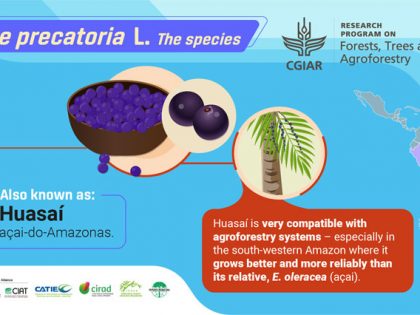 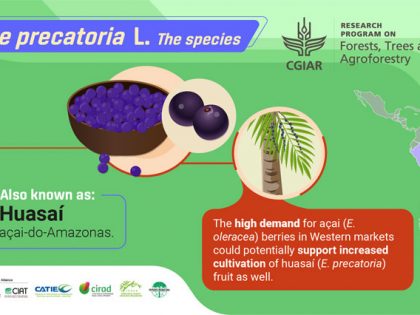 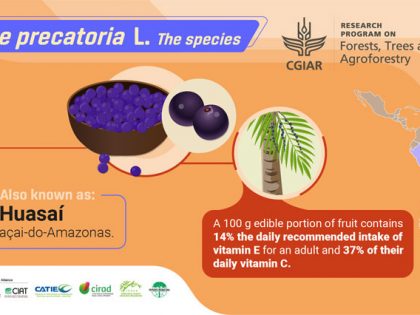 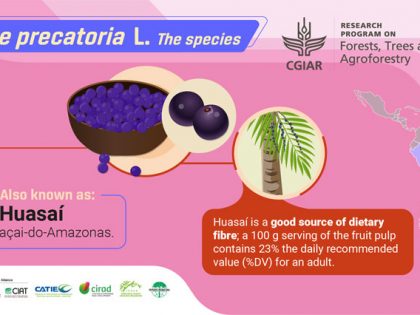 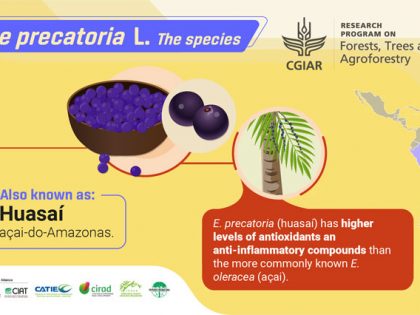