In the past year, the CGIAR Research Program on Forests, Trees and Agroforestry (FTA) has brough crucial evidence to global discussions on the Sustainable Development Goals (SDGs) and the Paris Agreement on Climate. Also, it has empowered thousands of people to transform evidence into action. The newly launched Annual Report highlights these and other FTA achievements in 2019 in support of resilient and productive landscapes and livelihoods around the world. 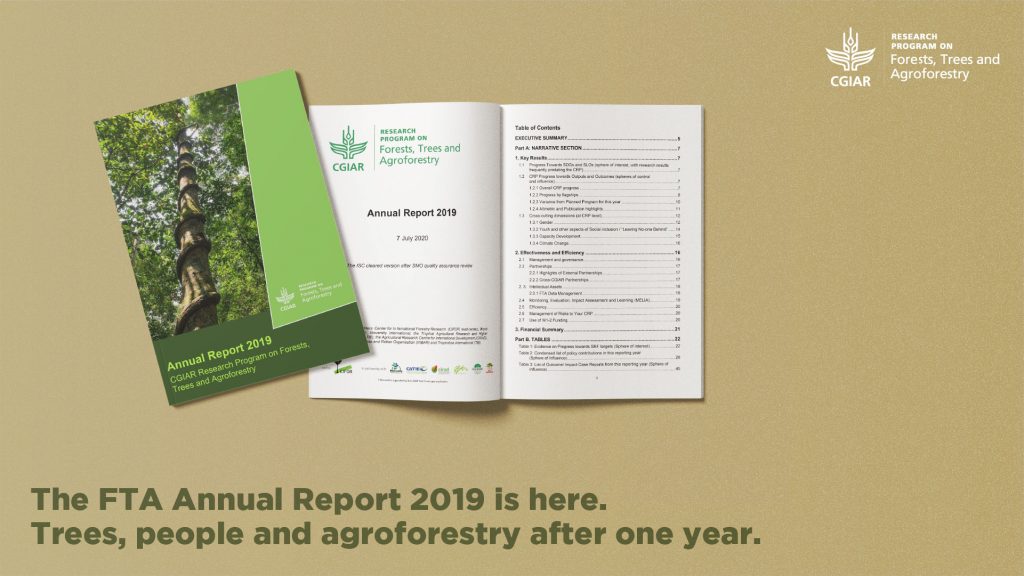 The report examines FTA’s innovative work across the technical, financial and policy spheres of development, as well as its contribution to national and international policies and decision-making process that touch on, at least, nine of the SDGs. In terms of priority areas, it looks at FTA’s work on genetic tree resources; livelihood systems; sustainable value chains and investments; landscapes dynamics, productivity and resilience; and climate change mitigation and adaptation. Cross-cutting areas include gender, youth and capacity building. 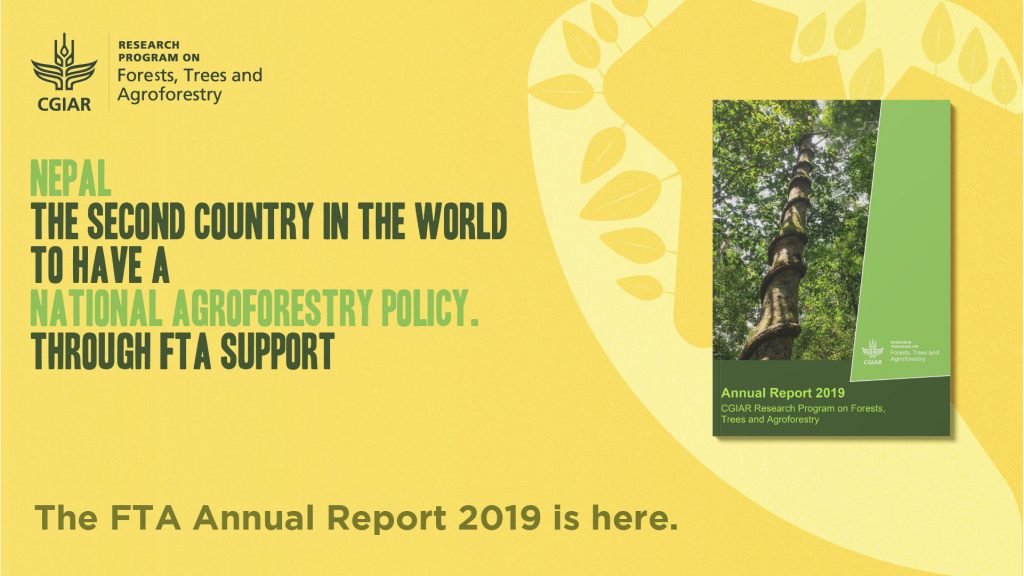 In 2019, the program’s effort to help translate scientific evidence into better policies bore yet more fruit. With FTA’s support, for example, Nepal became the second country in the world to have a national agroforestry policy, while Uganda succeeded in adopting a 10-year national bamboo strategy and action plan, and Ethiopia established a National Tree Seed Network.

FTA’s innovations and projects resulted in the restoration of 550,000 hectares of forest, and made it possible for 220,000 farmers to embrace sustainable agricultural practices across Burkina Faso, Mali, Niger, Ethiopia and Kenya. More than 10,000 farmers in Africa also adopted vital land restoration techniques with FTA’s support.

Sustainable value chains and investments are another pillar of FTA’s efforts. Last year, for instance, FTA developed inclusive finance and business models with companies across Tanzania, Ghana and Peru, and strengthened its engagement with rubber stakeholders to make the supply of this commodity more sustainable.

FTA’s efforts in partnerships and capacity-building were compounded by the launch of products that enhance decision-making on issues at the crossroads of food, climate and biodiversity. For example, the Ecosystem-based adaptation monitoring tool in Gambia, the Priority food tree and crop food composition database for sub-Saharan Africa, the Agroforestry species switchboard as well as several publications to support the design of national policies on REDD+. FTA’s climate change mitigation and adaptation workstream participated at COP25 in Spain, where it had the chance to share its work on REDD+ as well as on bioenergy, peatlands and bamboo, among others. 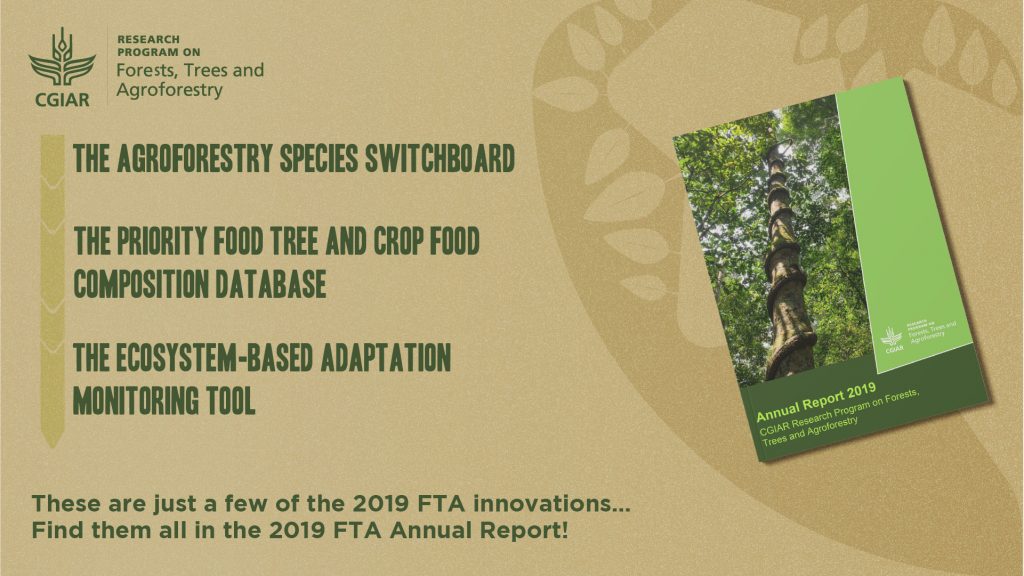 Likewise, FTA sought to bring a gender perspective to global processes such as the Rio Conventions on biodiversity, climate change and desertification, and to advance ender equity along value chains for commodities such as charcoal, coffee and tea.

In the coming months, FTA’s will continue building on these successes to create healthier landscapes and enhanced livelihoods for women and men worldwide.

A toolkit to promote the FTA Annual Report is also available here.

This article was produced by the CGIAR Research Program on Forests, Trees and Agroforestry (FTA). FTA is the world’s largest research for development program to enhance the role of forests, trees and agroforestry in sustainable development and food security and to address climate change. CIFOR leads FTA in partnership with Bioversity International, CATIE, CIRAD, INBAR, ICRAF and TBI. FTA’s work is supported by the CGIAR Trust Fund.